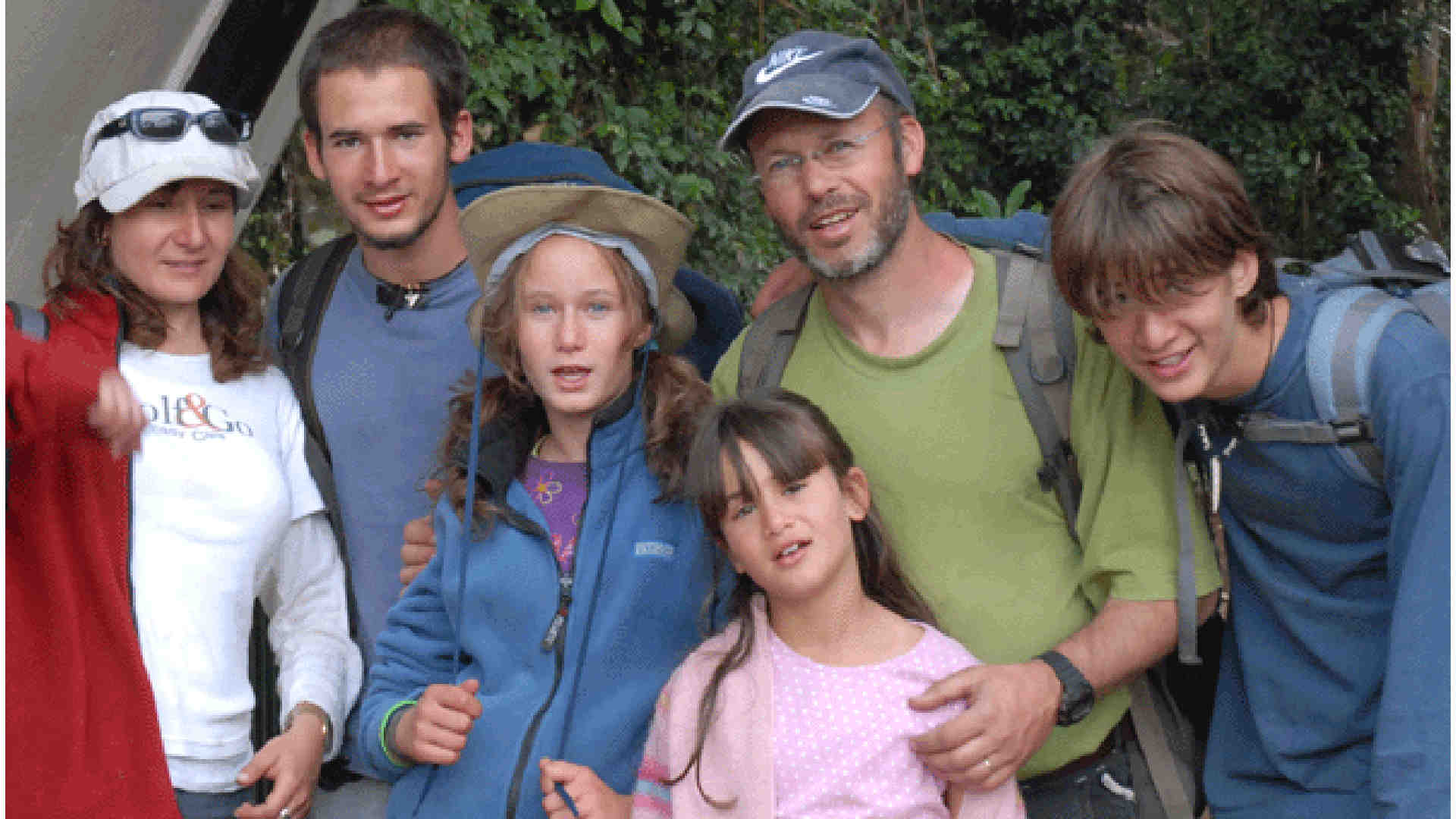 Family on the Edge

Yoram Drucker, a 42 years old Modern Orthodox Jew from Jerusalem, has a Dream. To take his family, including their eight-year-old daughter Chen, to the peak of Kilimanjaro, the highest mountain in Africa (5895 M/ 19,640 feet). Thousands of people try to do it .4 people die, each year, on the Kilimanjaro. Yoram is sure this type of a family experience is what builds the long-term foundation of one's personality, of family-hood. Family on the Edge follows the Drucker Family on their Journey- starting from the careful preparations, through the Physical and Mental challenges they face, until the dramatic ending.
Family on the Edge touches issues of family-hood, Man & Nature. A glance into the life of a unique family that makes you think of your own one. A film about the priorities in life, and about dreams.
A film by Gilad Goldschmidt
Awards: