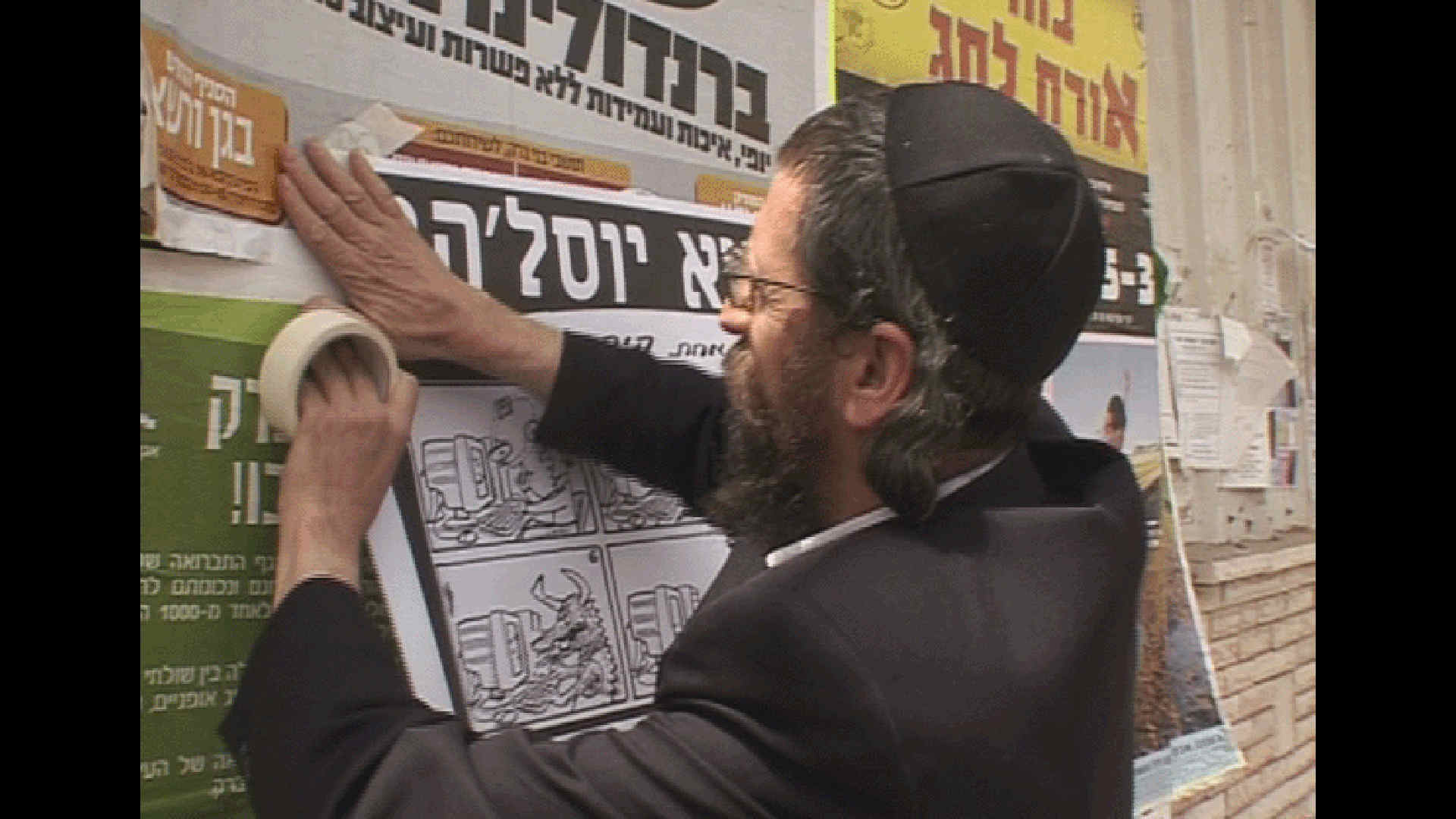 At his advertising agency in Bnei-Brak, Yigal Revach is encircled by Haredi (Ultra-Orthodox Jewish) men and women in the midst of a brainstorming session. In his youth, Yigal aspired to become a religious sage. Today he is trying to initiate an Internet service that if approved by the Rabbis, will be introduced to the community. Until now, Haredi newspapers have been forbidden to even mention the words ‘Internet’ or ‘Email’. Rabbi Micha Rothschild is a one-man radical underground movement. He posts venomous leaflets in Haredi neighborhoods and threatens web providers to stay away from the Haredi community. He is aware of the fragility of the world view of young Haredi men and the extreme temptations offered by the world outside.
For Yigal the Internet is a lively oasis in a society that restricts freedom of expression. For Micha, it is a Trojan horse that might ruin Haredi Society from within.
A film by Ron Ofer and Dr. Yohai Hakak
Festivals:
Toronto Jewish Film Festival 2010
Jewish Motifs Film Festival 2010
Los Angeles Jewish Film Festival 2010