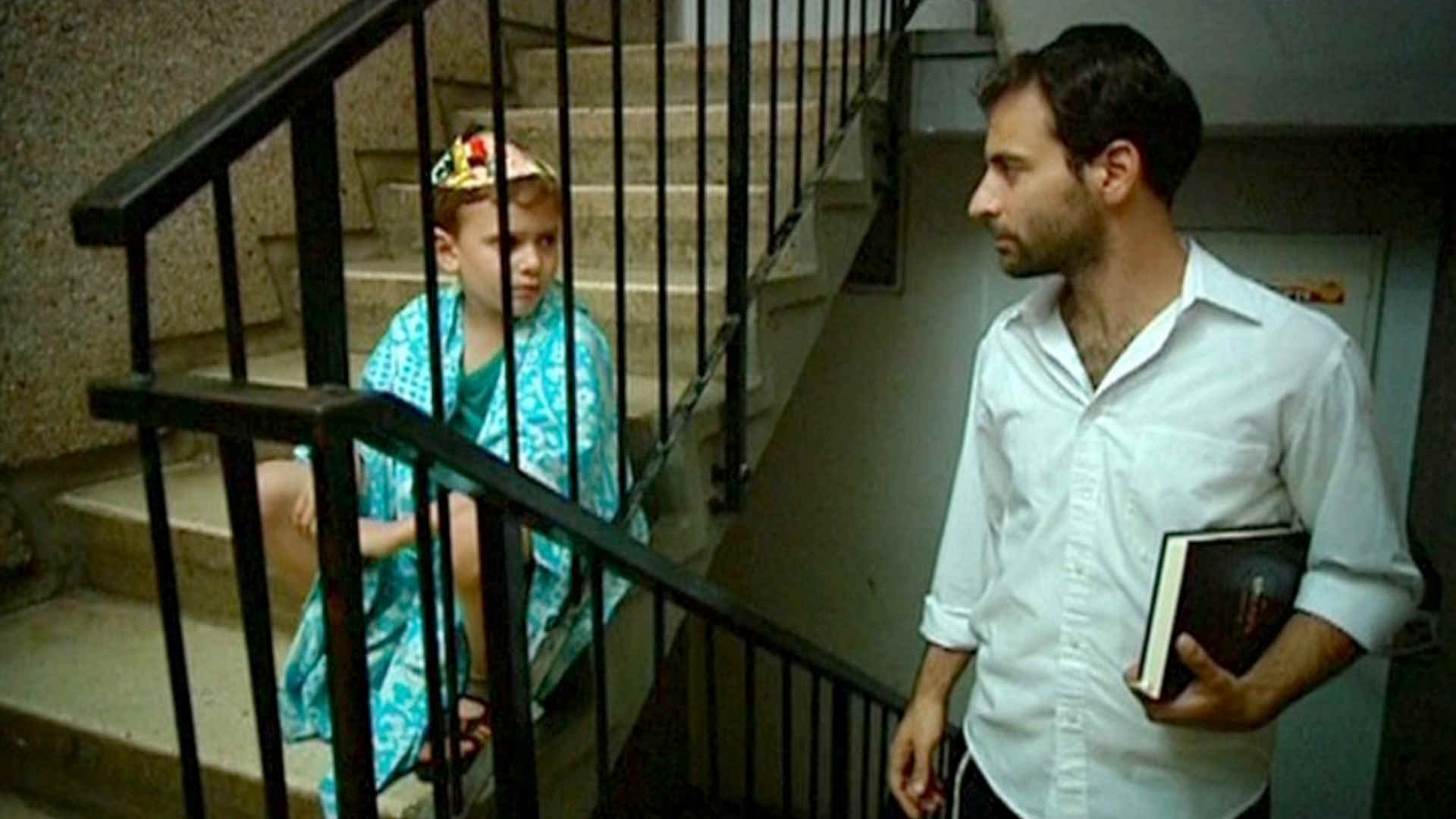 Pinhas & his mother are new immigrants from Russia.
His mother barely makes a living working night shifts, she devotes her spare time to the affair she has with a married man. On the third floor lives a religious family, Pinhas is drawn to the warmth and unity that characterize this family there he meets a girl his age, and her older brother, who slowly introduce him to religion.
A film by Pini Tavger