An inspiring film about amazing teachers in a high school

Ben Shani arrived with his camera to Branko Weiss High School, located in a disadvantaged neighborhood in the city of Ramla, to record what was planned to be a short television documentary news item....but ended in a one-year documentation of this very special place.
Last Chance High is an inspirational document, an authentic journey of a team of teachers that do not give up on their students, even though the students have already given up on themselves, a film that reflects on the word Education in the purest way.
A film by Ben Shani
Finalist in the 2011 New York Festivals International Television & Film Awards 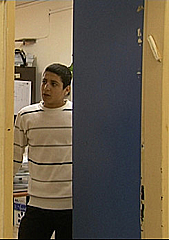