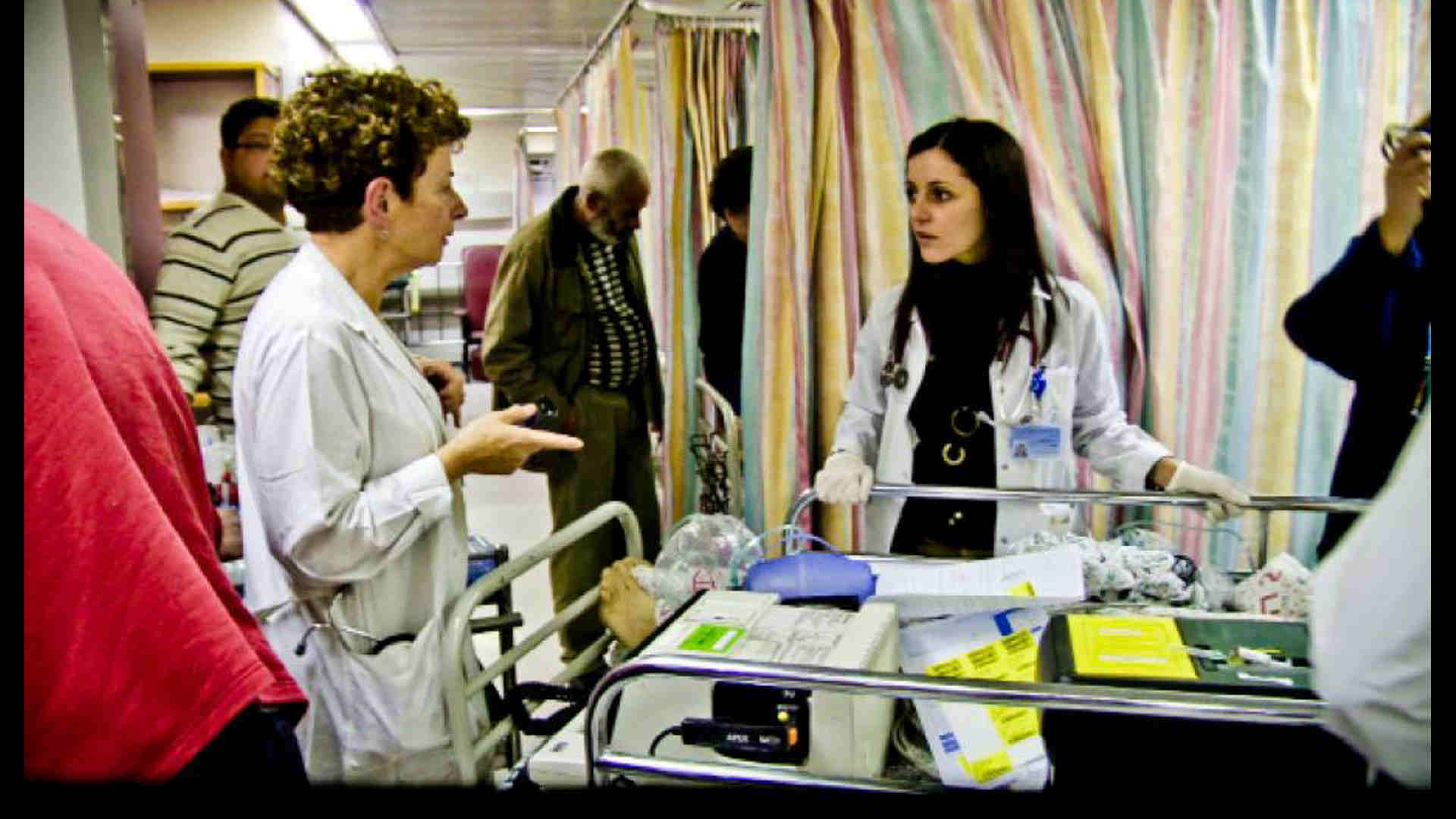 Dr. Stalnikowicz runs the hospital ER along with Dr. Salameh, who is a Palestinian Israeli from the north. The two of them come in early each morning, and every day is confronted with new moments, both revelatory and shocking. A quiet day rarely exists.

Dr. Salameh has wanted to be a doctor since she was ten years old as her grandfather was often ill. She decided to do her residency in Jerusalem before going back to the north, but she is concerned about being so far away from her parents. Dr. Salameh has more of an Israeli accent and isn't automatically identified as Palestinian-Israeli, so there are times when she hears racist comments at the hospital. Dr. Stalnikowicz moved to Israel from Chile in 1973 just six months before the military coup. She found work at the hospital, fell in love with it, and has never left. She doesn't find it difficult to work at the hospital on a personal level, but the geography makes it hard for both sides to communicate. As one patient puts it, everyone suffers in the hospital, regardless of which side they're on. Sometimes, Israeli soldiers arrive, creating feelings of antagonism, or what Dr. Stalnikowicz calls "silent violence." Patients from the occupied territories are often carried in by family members because ambulances can't reach them.

Dr. Stalnikowicz wishes that the hospital could serve as a microcosm for Israel. Dr. Salameh laments how far from reality that is. The two women drive home at the end of another day at the ER. JERUSALEM ER moves beyond bigotry and daily difficulties to expose an irrepressible dedication to providing equal heath care to Israelis. The hospital is proof of the capability of people from various beliefs to exist under one roof with a common goal in mind. Ultimately, the story moves deeper than the personal encounters of doctors and patients, as the internal frame of the hospital shows how differences can be set aside for the well-being of all individuals.

A film by Hilla Medalia