With Music, My Poetry Sounds Better

The world of poetry and jazz come together

A documentary in which the world of poetry and jazz come together and in which two men transmit their passion for their country through words and music. This country, Catalonia, is still struggling to obtain its independence and the recognition of its culture and language. This is the documentary behind the musical "Cantata" and is based on the work of the famous Catalan poet Salvador Espriu (1913-1985). The documentary shows how the Catalan people are still unhappy with their situation, even though some things have changed since Franco's time.

A film by Daniel Jariod 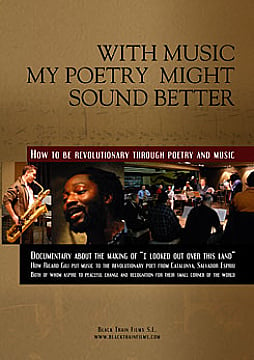